3 Myths About Pro-Lifers You Likely Believe 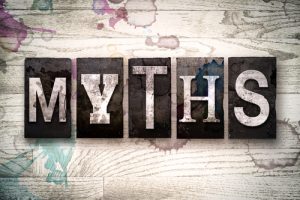 The Pro-Life movement has been in the media a lot lately. The former president pushed a lot of legislation trying to curb Federal funding to pro-abortion clinics. The current administration is seeking to undo much of it. The back and forth between two political parties on abortion has many people believing the stereotypes that Pro-lifers fit into. It also one of the myths about Pro-lifers that they only subscribe to one ideology or religious doctrine.

These myths create belief systems that the people who function outside of the Pro-life stereotypes couldn’t possibly agree with them. No one wants to be crammed into the hole of a stereotype. The 3 groups of people who are Pro-life and are not conservative Christian Republicans would like you to know that.

Not All Pro-Lifers Are Christians

Non-Religious Pro-lifers don’t particularly like the rhetoric that the only reason anyone is Pro-life is that they believe in a God who says, “Thou shalt not kill.” The reason why Atheists believe in the Pro-life movement is squarely on the truth that any life needs to be valued and protected from a scientifically moral perspective.

It might jar the religious to think about Atheists taking up the torch of Pro-life issues alongside them, but they there nonetheless. Atheistic Pro-lifers such as Albany Rose are growing in popularity in Pro-life circles on social media and welcoming Atheists who are also Pro-life and looking for like-minded individuals with whom they can feel aligned.

The Only Thing Pro-lifers Care About Is Preventing Abortion

It is undeniable to say that Pro-lifers are trying to get women to choose life rather than abortion. What is typically married to that is one of the myths about Pro-lifers not liking women who have had an abortion. Contrary to popular belief, which lies outside of the Pro-life movement, abortion is not an unforgivable sin. No Bible-believing Pro-life Christian can state that. Christians believe that Jesus can forgive the woman who has had an abortion and restore her to a new, better life in Him.

One of the last myths about Pro-lifers in America is the idea that Pro-life issues belong to the Republican Party. This is a falsehood that must be rooted out. First of all, making Pro-life issues a single-party platform does a disservice to the institution of Pro-life in the first place. As clearly as we understand, Pro-lifers are not one religion, one color, and they certainly are not one party. Democrats, Independents, and Libertarians alike identify as Pro-lifers. You might not hear that on the news.

The truth about the value of life must never be about one political party. Life transcends politics. Democrats for Life of America would be all too happy to have Christian, and non-religious Democrats understand they have a place to belong in their community.

The Value Of Human Life Is A We Issue

Preserving the value of life as universal truth in our society as a fundamental right is critical to the Pro-life movement. Making it universal takes an understanding that all people of all groups must believe this is true. Labeling an important issue like the value of human life as belonging to only one group of people is a mistake that needs correcting by all groups involved in preserving life.

ABC Women’s Center meets women of all religious and non-religious backgrounds, cultures, ideologies, and political affiliations. Everyone is encouraged to seek services at our center. If you are a post-abortive woman looking for healing, we have a no-judgment healing program for you. Contact us today for an appointment if you need pregnancy counseling or post-abortive healing services, and let us help you take the next steps confidently.