Having Compassion On Members Of The Adoption Triad 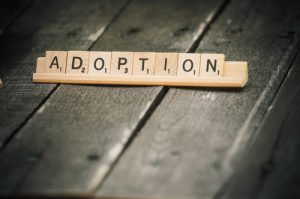 You may or may not be aware that November is National Adoption Awareness Month. This the time when the social media platforms are filled with hashtags like #AdoptionRocks and #FamilyThroughAdoption, or things like that. Most of us know someone who is adopted. But adoption is still one of those topics in conversations that is rarely discussed in any real way. Adoption carries with it a scent of secrecy and shame. The reasons for this are many. But perhaps by frankly discussing adoption, we can help all members of the adoption triad feel better about their stories.

It used to be a cruel joke to tell your siblings they were adopted. It was also something that kids were reluctant to tell their peers about themselves. It was what women whispered in quiet corners about other families. It would be good to think that this does not happen anymore. Unfortunately, that is not the case. Why does adoption carry with it such an odor?

All Members Of The Adoption Triad Need A Voice

If you do any research on people in the adoption sphere, you will likely find a few missing voices. It is these voices that shape the rest of the circle that is the adoption community.

No matter what an adoptee’s story is, it is theirs to share. If we want society to fully embrace adoption, we need to help adoptees feel comfortable sharing their stories and how they feel about them. Saying what is great and not so great about being adopted is a good thing. Dialogue brings awareness and change. Do not shame adoptees into corners if they have some feedback for the world about what they wish was different about their story. All members of the adoption triad need to hear what adoptees have to say if we want to make real changes in the adoption community.

Birth/First/Natural parents are one of the most silent members of the adoption triad. Little is said from this part of the adoption community. But their silence breeds assumptions and skepticism about who they are and why they have chosen to place a child for adoption. The media has done birthparents no favors in portraying them as flaky, unfeeling, people. At other times, their stories have been told as obsessed people bent on stealing their biological children.

Like anything we do not understand, we tend to fear what we do not know. Making adoption a normalized part of life means seeking out birthparents and allowing them their chance at the microphone to say the things they want to say about adoption as well. Some birth parents have marvelous stories about adoption other birthparents are grieving losses of children through CPS. No matter what their story is, birth parents need to be heard. We can make some amazing changes toward embracing adoption as a society if we invite our birthparents to the table to discuss what is necessary to do so.

Where do most pregnancy resource centers fall flat on the option of adoption? It is just plain not being aware of when it is or is not an appropriate time to discuss with a pregnant mother who is weighing her options. The other reason is not having the right resources available when the situation of choosing adoption arises with one of their clients.

There are birth mothers who have written books about their adoption experience and ones who have ministries to support pregnancy resource centers in mentoring a woman who is choosing adoption for her unborn child. The adoption community has tools available to help pregnant mothers who are considering adoption for their children. Most of these resources are free and all are without judgment.

There is work to do in making all members of the adoption triad have an equal say in the messaging that is adoption but is a great option for the right situations in which adoption is the best choice.

If you would like to discuss adoption for your child, or you are a church who wants to better understand the adoption triad and how to discuss it in your community, ABC Resource Center is here to help our local community have the important discussion of adoption as an option in choosing life. Contact us today to find out more about our adoption resources for pregnant mothers and the communities that serve her.