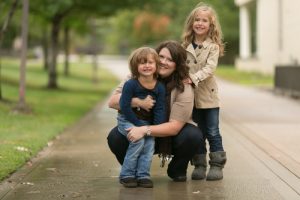 You might not have known it, but March 21ST was National Single Parent’s Day. In America, approximately 30% of homes are headed by single parents. It stands to reason that with so many single-parent homes, there should be a day to celebrate them. Sure, there is Mother’s Day and Father’s Day, but if you have ever been a single parent, you have probably said you should be celebrated for both! Single parents deserve special honor. They are manning the helm of parenthood without a first mate and it’s not easy, as any of them will tell you.

Some well-recognized parents have chosen to be single parents. For some, single parenting was not a choice. For these, they went the road of single parenthood alone.

Sandra Bullock chose to adopt and be a single parent to her son and daughter. She is credited with many films over the years. Her stardom and demanding career did not stop her from wanting to pursue the highest honor a woman can have, the title of Mother.

“The funny thing is I had this thought yesterday coming down the stairs, I was like, ‘Oh, my God, I had no idea what love felt like until I had kids.’” -Sandra Bullock

Kourtney Kardashian is raising three little ones on her own. While her relationship with her ex, Scott Disick, is over, the two have committed to raising their children as single parents who co-parent successfully.

Celebrities Who Credit Their Single Moms To Their Success

Betty Wright’s mother was a single mother, and she had this to say about her beloved mom:

“My first love is my mother. She did so much for us children as a single parent. I watched her make a dollar out of fifteen cents. I thought she was either a magician or she had God’s actual phone number. She wasn’t a motivational speaker; she was an inspirational speaker.” – Betty Wright

Famous baseball player, Alex Rodriguez, takes every opportunity to thank his single mother for his success. Alex watched his mother work tirelessly to provide for her family and to make sure Alex had what he needed to make it to the MLB.

“My mother’s the most special person in my life … I consider her my MVP: Most Valuable Parent.” -Alex Rodriguez

When Single Parenting Does Not Feel Fulfilling

Single moms need space to talk about the barriers that hinder them from feeling fulfilled and confident as single parents. They need a place to ask questions and seek guidance without being judged for feeling short of the mark sometimes.

Parenting classes at women’s resource centers, like ABC Women’s Center, are there when single parents and coupled parents feel like they need direction or a fresh set of ideas for confident parenting techniques. Children do not come with manuals and most parents will tell you they can challenge anyone’s confidence on occasion. Parenting classes meet parents in the gap between uncertainty and surety in parenting.

If you would like to find out more about ABC Women’s Centers parenting classes, contact us today to discuss our next round of classes.