What Is The Value Of A Human Life? 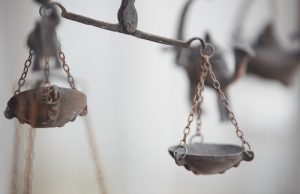 Too many debates are won and lost on whether or not a mother has the supreme authority to cancel the life that grows in her womb. The argument depends on the moral compass of the day and the science that says that life begins at conception. The original debate of Roe V. Wade on the lack of clarity as to when life begins has long concluded; still, the war rages.

We understand clearly on both sides that what we are arguing is the ending of human life. No one seems to disagree on that now. What we are really at odds with is what that life is worth at each phase of gestation. It is also clear that life has value graded solely on its length of existence. If there were a graph to understand this, it wouldn’t look like a hockey stick, with life being more valuable the longer it exists. It would look like a sharp bell curve. Why is that?

The Value Of A Human Life According To The Living

The ones that argue the most for a mother’s ability to have the authority to end her unborn child’s life are human adults. The loudest ones tend to be the ones who do not have any children. Interestingly, those so passionate in the fight against valuing life in the womb are the ones how have not had the experience of carrying one.

It stands to reason that those who have had the experience of carrying and birthing a life, the ones that have raised the child that came from that experience, are the ones that tend to value human life more. Perceived value is based on experience. That makes perfect sense. I can’t for the life of me figure out why anyone would spend north of $200K on a new Bentley, but then I have not had the experience of driving one either. I could decry the atrocity that is putting a price tag like that on something so trivial as a car, but those who have one would just laugh at me.

The Value Of Someone You Haven’t Met

As far as humans are concerned, they don’t tend to put a high value on someone they have not met face-to-face yet. This gets in the way of understanding the value of human life in the womb. If we don’t place much importance on the faceless humans that share their opinions on the Internet, how much less are we concerned with faceless humans who have yet to live life outside the womb. According to humans, life’s value has a lot to do with their interactions with the human they are valuing. Unless you have some of your own life invested in the life of another, the other person is of very little value at all. Isn’t it the shame of it all? Human life only has value if we have shared our lives with the life in question. No wonder the life of an unborn child seems to be of little value to those who have had neither the experience nor the self-investment.

What Is The Value Of A Human Life To Its Creator?

This is a trick question. Because most would say that the creator of an unborn child is the biological parents, if this were so, it would make sense that the mother and father of an unborn child would place a high value on the child indeed! Who creates something unique and then completely abandons it? When we create something, as humans, we want other humans to marvel at the wonder of what we’ve made. If this were to so, then artists would never sell or show their work. Authors would never publish their books. What would be the point? If the created work has no value to the creator, why would they think anyone else would want it?

The creator itself places the highest value, or should I say Himself. God says in the Bible that He is the creator of life. Why do we have mothers and fathers who do not value the human life they should on their unborn children? Because they did not create them in the first place.

Why Some Humans Cannot Appreciate The Value Of Life

The Creator Himself decided when it is time for a life to be. Likewise, it should be His decision as to when that life returns to Him.

The conclusion of this questioning only comes to one conclusion. That life only has the value it should have if you understand that only the one who created it could appreciate it the way it should be. He alone has had the experience and the investment necessary to understand its value. Without that understanding, we cannot help those who do not acknowledge God understand how valuable human life is.