Why We Need To Talk About Pregnancy Loss In All Forms 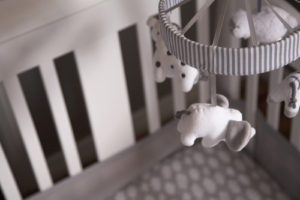 National Pregnancy and Infant Loss Awareness Month is in October. This is a time to solemnly remember the women and their children affected by the loss of a pregnancy or an infant. Everyone knows someone who has had a miscarriage or someone who lost an infant. It’s true grief that only those that know can fathom. And while this awareness month is clearly for miscarriage and infant loss, in terms of death, other forms of pregnancy loss tend to be overlooked.

These pregnancy and infant losses have no holiday, but that doesn’t mean we should not acknowledge the pregnancy loss that goes with them as well. Perhaps if we seek to understand the grief that comes with pregnancy loss in other forms, we could truly understand how precious being able to conceive a child is.

Pregnancy Loss Happens In All Stages Of Motherhood

The common language used when an excited woman wants to tell loved ones that she is pregnant is, “I am going to be a mom.” But for the woman who has lost a child through miscarriage, she knows what some of us are slow to understand; she already was a mother. The loss is so severe because the connection to mother and child has already been made.

We talk about when a baby comes, but the truth of the matter is the baby is already here on earth. Unborn babies are just undercover of their mother’s uterus. The baby is fully human, fully alive, and fully protected by the woman who has conceived them. It would be silly to talk about a loved one coming to visit you when they are already standing next to you, wouldn’t it?

Acknowledging pregnancy loss, especially for the loss through miscarriage, has to be done through the lens of a mother losing a child. You can’t appreciate the loss unless you understand that motherhood begins at conception. Failure to realize this trivializes her grief.

Pregnancy Loss Comes In Many Forms

Some women languish in their grief every day over their pregnancy and infant loss too. They are the ones that are harder to understand, yet their grief is no less than any other pregnancy loss.

These women go on silently, leaving a trail of tears behind them. Their grief is misunderstood, but perhaps this Pregnancy and Infant Loss and Awareness Month, we can seek to understand and help them heal.

Women who have endured month after month of negative pregnancy tests can tell you they grieve their pregnancy loss too. Their exception is they are grieving the loss of a child that has never come. Their grief gets furthered by those who would seek to minimize the pain of not being able to conceive. Rather than console, they hear the well-intended lines spilled forth like, “You can always adopt.” Maybe they do, but the pain of this loss still goes on, completely minimized by the world around them.

Some of us know women who carried their children to term, only lose them hours or days later. These women have heartbreaking stories. But there are women just like them who have endured an infant loss too, but their loss was their choice. Women who have lost children through adoption also face grief over their infant losses. While the decision to place a child is usually their own, the grief is no less valid. Yet, it is because of their choice that society fails to acknowledge the pain of their choice. They, along with those who were unable to conceive, are the silent ones who grieve on unnoticed.

Lastly, there is a mother who has lost a child through abortion. This mother is the most misunderstood of all. This misunderstanding has its genesis in the belief that a woman’s right to choose has no emotional consequences. Mothers who make decisions to end the life of their unborn children can feel as though they have no right to feel the grief that comes upon them. Yet, their pain rages on beneath the surface.

As a society that tends to celebrate the choice to have an abortion, it is that same society that denies her inherent right to feel how she feels about it afterward. We cannot award a mother her choice to end her child’s life and simultaneously deny her right to have feelings about her pregnancy loss.

We Must Fully Embrace All Pregnancy Loss As A Society

If we are to comfort and acknowledge some pregnancy and infant loss, we must embrace them all. We can’t pick and choose which of these scenarios are the ones we should accept and which ones we ignore. To negate one is to negate them all.

A woman’s ability to conceive and carry life should be celebrated, no matter at which stage that life is. Likewise, we must mourn and comfort those women with pregnancy loss, no matter how the loss has transpired.

ABC Women’s Center has post-abortive healing support for those women who are grieving their pregnancy loss through abortion. If you are a mother who has lost her child due to abortion, you need to know you are not alone. Some want to help you mourn and heal from your loss.

Reach out to ABC Women’s Center today for free resources for mothers who have pregnancy and infant loss due to abortion and adoption today.