Getting Honest About The Subject Of Adoption 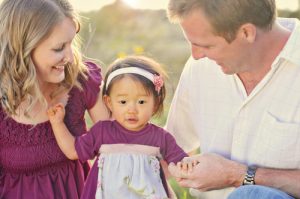 The topic of adoption has been being going on since Jochebed placed Moses in a basket. This has been going on for thousands of years. You would think that in all this time the subject of adoption would be an easier topic to broach than it is. There is something about adoption that makes those outside of the experience feel peculiar about it. Haven’t we all sat with coffee around tables where someone brings up a family then leans in to whisper, “Their children are adopted, you know.” Why does the subject of adoption make us hush and whisper?

While those in the experience of adoption lament that it is such an uneasy discussion for others, it makes one wonder why those outside of it have such feelings about it. Shouldn’t they accept adoption as easily as other types of family experiences? There are some unique things about adoption that make others pause, even if they are not sure what those are. But there are some identifiable ones that perhaps if brought to the light of day, will make us all feel a little freer to talk about the subject of adoption.

The Subject Of Adoption Has Old Stereotypes With It

Woven into the fabric of the story of adoption are old myths that die hard. When we think about adoption, depending on what angle you look at it from, you can see different parts of the stereotype that follow those who have experienced adoption around. It is the folklore of adoption that must be done away with if we are to fully accept adoption stories as good, whole, and part of God’s plan.

There Is Nothing Wrong With The People Who Have Experienced Adoption

Read this over a few times and let it sink in. After all, it is the subconscious mind that wants to go there when it tries to relate to adoption. The most common stereotype of adoption has its genesis in something being morally wrong with the people who have experienced adoption. The stereotype is as old as the subject itself.

Women who could not bear children in Biblical times were shunned and shamed for their plight. The idea that the reason that a woman would be childless is due to some moral fault of her own runs somewhere through the fabric of adoption still.

Then there is the story of the birthmother. That a mother would in good conscience opt to not parent her child could only mean there was something terribly wrong with her. Either she was mentally unstable, too young, or somehow deeply flawed to consider such a thing.

The children who are adopted had to be somehow unwanted or unloved. What other reason would a child need to be adopted in the first place?

How do we be rid of these stereotypes once and for all? How do we finally make peace with the subject of adoption? The answer lies in the other famous story of adoption.

God Thought Of Adoption Before We Did

Who thought of adoption? God did. God wanted His creation to be part of His eternity. The trouble was, sin separated us from being able to be called children of God. We were created by Him. Without sin accounted for, it wasn’t possible for us to call Him, Father. Accepting Jesus adopts us into the family of God.

Since God thought adoption was a great solution to add to His family and there was nothing wrong with Him for doing that, what reason do we have to think anything less on the subject of adoption?

We were wanted and loved by God, regardless of our sin. God did everything He had to do to adopt us into His family, including sacrifice His only son. Earthly adoptive parents go to great lengths to be approved to parent and endure tremendous financial expense. What makes their desire to adopt any less loving and noble, regardless of why they chose to adopt?

The women who chose to place their children for adoption do so out of love and great sacrifice. They put the needs of their children ahead of their own. They are the least understood out of the adoption triad, but the ones most in need of understanding. Christ was willing to die for us. A birthmother is willing to suffer for the greater good. What could be nobler a task?

The story of God’s redemption is written all over the subject of adoption. As Christians, we should be ready to share this truth with anyone interested in Pro-Life issues. The subject of adoption is an easy conversation if you remember who authored it and why He might think it is a pretty great symbol of His love for us His children.